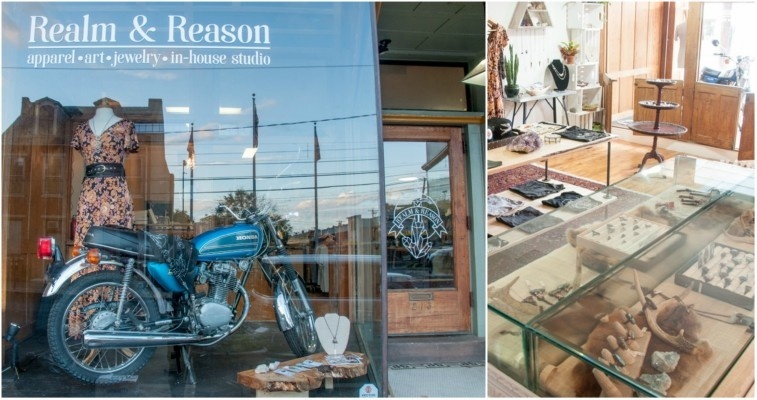 This past August we sold our West King properties to a new owner-developer, Evan Young, who plans to develop them as new commercial and residential spaces. Since taking these on in 2008, we managed to double the improved leasable space in three largely vacant buildings. Our investments and renovations — well beyond $300,000 throughout the extended recession — allowed us to quadruple the total rental revenues by making strategic architectural improvements. These included restoration of the storefront of the historic Beittel Building at 213-215 W. King, and major structural work to the 217-219 building.

The three buildings now house eight different small businesses — all new activities on the block. In the years since 2008, six other businesses occupied these spaces as our tenants, and eventually moved on to larger quarters elsewhere in downtown as they grew. So, beyond raising property values, this effort also steadily added new commercial and arts activities to this block and the broader downtown district.

We began our West King reinvestment at a time when little was happening on these western blocks of Lancaster’s central business district, despite a booming central downtown evident right on the other side of Prince Street. Our persistence in reinvesting and continuing historic architectural improvements called attention to this area, and has encouraged a new momentum among other properties.

After our initial efforts, in 2013, the mayor’s office and Lancaster City Alliance leaders finally began focusing on this area. By 2015, their new economic development plan identified West King and other similar “edge conditions” (with good potential but relatively weak economic and architectural circumstances) as prioritized new targets for citywide improvement. (For more on this effort, see the Alliance’s Economic Development Strategic Plan, Building on Strength.) More recently, our West King initiative joined with the Southwest Neighborhood’s “SoWe” revitalization effort, which has secured major grant support from the Wells-Fargo Regional Foundation for planning, organizing, and anticipated future physical implementation. Later in 2018, the City will install new street lighting and trees westward on King from Prince Street to Manor Street, and further along Manor in the next year. This will mark the first significant public works improvement on these blocks of West King Street in more than 70 years. Finally, there will be some continuity with Penn Square and the east side of Prince Street.

New owner, Evan Young, is building on this momentum. His first changes include an eclectic retail boutique, Realm and Reason, which he and his partner, artisan-jeweler Emily Moccero, opened in November. The space also includes a temporary art gallery and event space. Longer term, he’s aiming at upper level office and living spaces in both King Street buildings.

For the foreseeable future, our offices remain located in the complex at 214 West Grant. As it has since 2010, Viktor Yeliohin’s International Ballet Academy remains on the second floor on Grant Street. Kaleidoscope Recording Studio continues in their third year at the rear of 213-215, and pastry chef Peter Kovalec is now in his seventh year making desserts and specialty confections in the rear kitchen of the 217-219 building. We’re looking forward to continuing our work with Evan Young, as his development advisors and architects, to help him accomplish further development on West King. We’re expecting to announce some exciting news soon about new users in the 217-219 building and others nearby, so watch this space!

What’s happening on West King is not just renovations, or re-design — it’s REGENERATION.  We have been bringing in a whole new generation of re-investment, new businesses, new cultural activity, all beginning to work together to revitalize and breathe new life into an aging district. 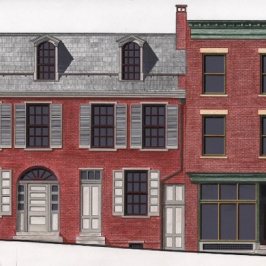