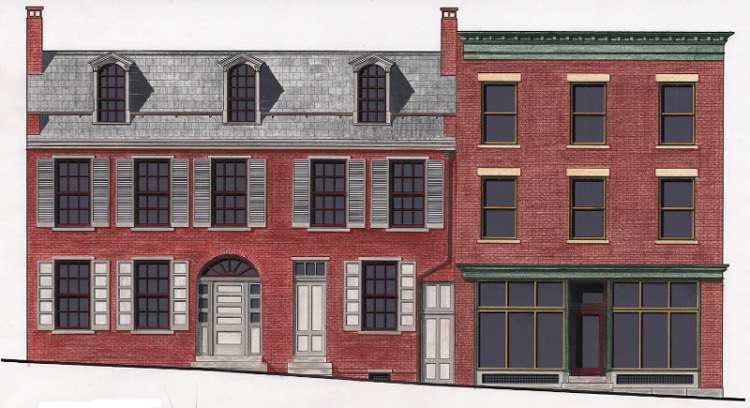 Following events in Charlottesville this past week, many cities are removing statues of Confederate generals from public spaces. The current debates about where these statues should be displayed are bringing to the fore a troubling issue: what has been documented, protected, and displayed as “our cultural heritage” has frequently not been a shared heritage, but one that reflects only part of our nation’s history. Whose history has been honored and told?

Statues or other artifacts commemorating the Conductors of the Underground Railroad are the best candidates to replace those of Confederate generals now being taken down. Sites associated with Underground Railroad activity might be hard to appreciate at first. They may look like just “ordinary” buildings, and of course the activity was hidden, so we have few remaining physical clues to this history.

Archaeological investigation and dedicated historical research into eyewitness accounts can reveal these hidden histories. While historians have long understood that Underground Railroad activity occurred across the countryside and in smaller towns along the Susquehanna River, there was little evidence of Lancaster’s role until relatively recently.

In central downtown Lancaster, several buildings once owned by Thaddeus Stevens, Lancaster’s Civil War-era US Congressman and abolitionist, were rediscovered as plans evolved for a new convention center on the site, between 2000 and 2010. These buildings included a brewery and tavern, and adjacent structures bought by Stevens and eventually converted into his own house and law office. Our preservation and design investigations on the site opened the door to continuing discoveries that Congressman Stevens combined politics and legislation with direct action for the goal of social justice.

Our architectural firm brought together a team of historians and archeologists to investigate this site and nearby properties. Initial archaeological investigations revealed underground cisterns between two properties that Stevens owned. Further research here revealed a deeper, never-told story of fugitive slaves finding refuge in the heart of Lancaster, with evidence confirming that Stevens and his housekeeper Lydia Hamilton Smith played an important part in the Underground Railroad.

Although substantial portions of Stevens’ holdings were lost to demolition for the convention center, what remains is now well documented, partially excavated, and partially reconstructed. The “Thaddeus Stevens/Lydia Hamilton Smith Historic Site” is now listed on the National Park Service’s National Underground Railroad Network to Freedom. 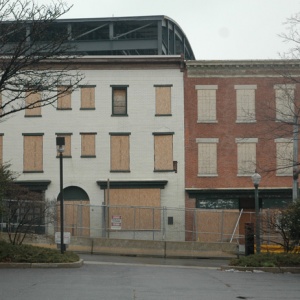 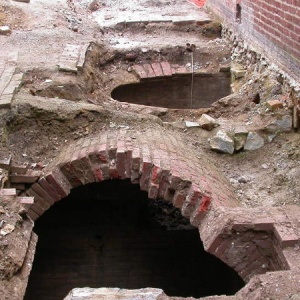 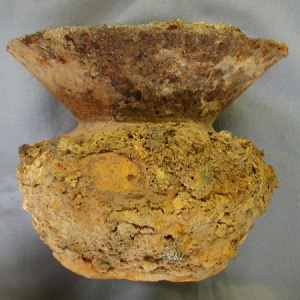 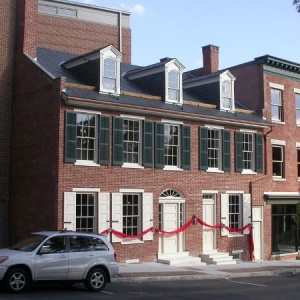 We worked closely with the convention center’s Atlanta-based architects, Cooper Carry, to adjust the design of the convention center so it would reveal and celebrate the adjacent historic buildings. Working with the Historic Preservation Trust of Lancaster County as our client, we laid out a framework for a future museum and interpretative center beneath the remaining older structures and portions of the new convention center.

This achievement was not only about placing the city of Lancaster in the center of an important national historical moment. Retention of Lancaster’s historic architecture along South Queen and Vine Streets, and the collaboration between our office and the convention center architects that this demanded, produced a better architectural and urban design solution for the city. What had been viewed initially as an obstacle to the conventions center’s full development has become recognized by all parties as the distinction that makes Lancaster’s convention center unique.

In future years, as the “Stevens and Smith Historic Site” interpretative center is developed, it will become increasingly valuable for the city of Lancaster and add value to the convention center. Without our work, the historical significance of this site would have been lost forever.  A walk along South Queen Street today can help tell this story… and as we walk, we might wonder at what other histories lie “hidden” in our city, deserving to be told.