How do you think city re-development happens? Through high-cost, large-scale renewals of whole blocks, with demolished landmarks, and “bright and shiny” new construction? Bringing expensive facilities that offer little for the neighborhood?

Around West King and Grant Streets, a few small businesses — like ours —  with their own limited resources are slowly revitalizing left-behind parts of our city through incremental development,  defined as “city-building in small steps” by the Incremental Development Alliance. They say, “…The cities we love most were built in little pieces.  That’s the way great cities work — places are way more loveable and flexible when many people have been a part of building them.”

Since 2008, our architecture and development companies, Community Heritage Partners and Community Design Works, have been gradually rebuilding an independent business presence on West King Street in downtown Lancaster. Where buildings were boarded up and windows painted over for a generation, we’ve reopened street-level storefronts, restored leaded glass, and replaced leaking roofs. Where mercantile activity had died out, Community Heritage Partners now provides space for a boutique guitar store, Tone Tailors, a recording studio, a local pastry chef, an international ballet academy, and our own design, planning, development and property management businesses. 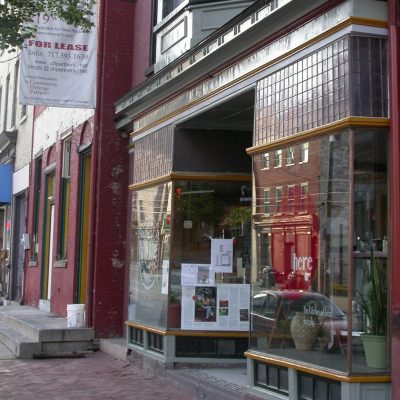 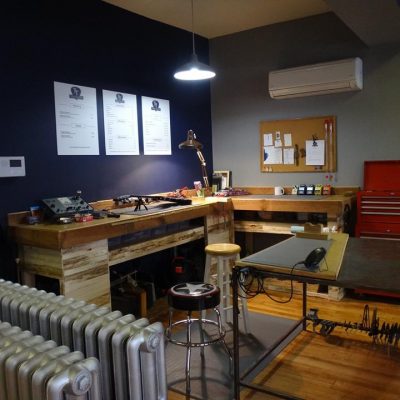 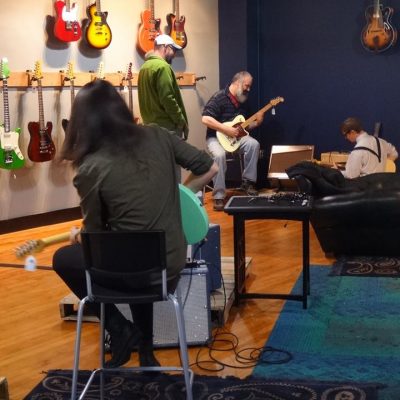 While rehabilitating our own properties, we’ve also been advising and encouraging others to adapt and reuse nearby historic buildings. In the first block of West King:

This development undertaken by local property and business owners may be the best kind for Lancaster:  It’s home-grown. It repairs and re-uses existing structures sitting partially vacant and under-utilized for decades.  And it preserves historic architecture and charm by breathing new life into older buildings though productive uses.  The Preservation Leadership Forum calls this approach “ReUrbanism” — the reuse, reinvestment, and revitalization of cities.

Throughout Lancaster, there are hundreds of opportunities where big projects are unlikely to happen, but incremental development could be working to improve our city.  With a little co-operative engagement, West King could be the first extension of the downtown Lancaster success story.

Lancaster evolved over 250 years to become the architectural wonder and very livable city it is today. With more thought and cooperation to support development, progress in revitalizing Lancaster might happen sooner, producing better, more financially feasible results all across the city.